Seven artificial colors are “certifiable color additives” and must be listed on a product’s ingredient list. Made from coal tars or petroleum distillates, these colors include: 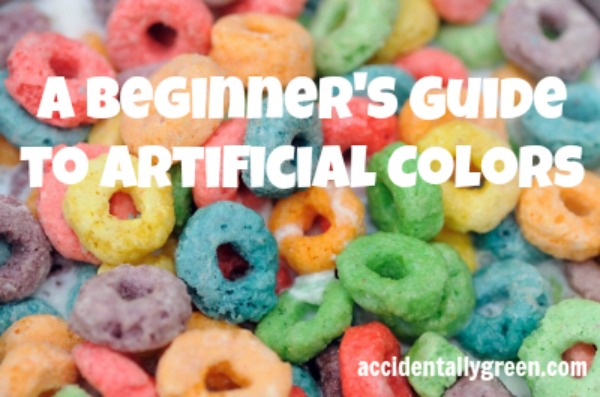 Are they hazardous to my health?

How do artificial colors affect behavior?

Aside from exposing yourself to carcinogens, a host of behavior issues are linked to artificial colors.

Especially for children, artificial colors can lead to these undesirable side effects. The Lancet, a leading medical journal in the United Kingdom, studied and proved that common artificial food colors and the preservative sodium benzoate all are linked to hyperactivity in children. 6 Small children particularly are at risk because they receive a larger amount of chemicals in food compared to their body weight. 7 But it’s virtually impossible to avoid food additives like preservatives and colors – more than 3,000 currently are used in the United States, 8 and all processed food, drinks, and most medications include additives. 9In what seems to be a direct correlation, hyperactivity, head banging and restless legs became common symptoms in children after processed foods were introduced to American diets in the 1960s. 10

For parents who are dealing with behavior problems in their children, trying a strict elimination diet for three weeks is a good way to identify food-related causes. First, eliminate all artificial colors, flavors, sweeteners, or preservatives. During the three weeks without the food additives, observe your child’s behavior and physical tendencies. After three weeks, the chemicals should be out of your child’s system – slowly reintroduce additives and watch for any behavioral changes. 11

2. “The rainbow of food dyes in our grocery aisles has a dark side.” David W. Schab and Michael F. Jacobson. The Washington Post. March 25, 2011.