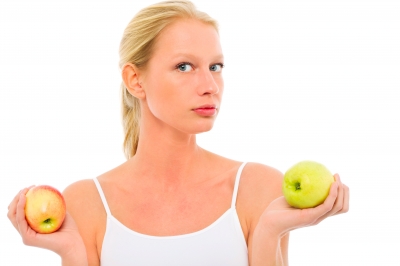 That’s great news for everyone trying to NOT be green. After all, the study proves that ALL fresh produce is healthy. And, a huge bonus is that non-organic produce is a lot cheaper.

Non-organic food also is a fantastic way to expose yourself – and your family – to two harmful things: pesticides and genetically modified organisms.

Once the toxins start accumulating, they may cause a host of health problems, including:

Genetically Modified Organisms
While all non-organic food sold in the United States can contain GMOs, no testing has been done to investigate the health or environmental impacts of consuming food that has cross-species gene splicing. Keep in mind, food containing GMOs isn’t required to be labeled as such. And, GMOs are illegal in many countries throughout the world. But if you’re trying to hurt yourself, your family, and your environment, does it matter?Photo credit
Ambro/FreeDigitalPhotos.comToday, I’m linking up with: