Last week, after searching through an overgrown area of our property for a lost ball, my son came in contact with some poison ivy.

The next morning, he woke up and itched all over. At first, by the way his palms and bottoms of his feet itched so terribly, I thought he might be having an allergic reaction to something he ate. But then we remembered the poison ivy … and the itches all up and down his left arm and leg suddenly made a whole lot of sense. 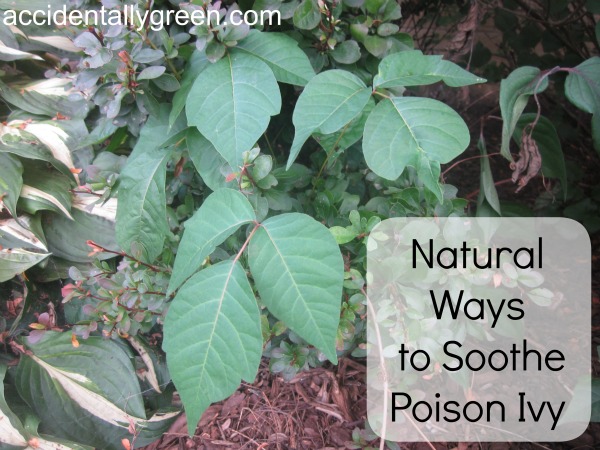 I’ve never had poison ivy before, and I didn’t have my computer around to check for natural remedies. Instinctively I rubbed pure aloe vera gel on his itchy spots, but he still was scratching his skin like crazy.

So I pulled out my tube of Redmond Clay Hydrated First Aid Clay. I received the clay through the Ultimate Homemaking Bundle bonus materials earlier this spring, but honestly, I had never heard of using clay in first aid before. Could it work? Would it work?

The tube specified that the clay could be used for burns, cuts, abrasions, insect bites, bruises, rashes, bee stings, blisters, poison oak, poison ivy, and dry, itchy skin – so I slathered it on my son. Within five minutes, his itching stopped.

His affected areas started itching again twelve hours later, so I reapplied the clay at bedtime. When he woke up the next morning, all of his poison ivy rash and reaction had disappeared.

How is it possible?

So what in the world does the clay do? Redmond Clay is sodium bentonite volcanic ash that’s free from all preservatives, chemicals, and additives. According to Redmond Clay, “Redmond has a negative electrical charge, attracting positively charged toxins. The formation of bentonite resembles tiny business card shapes, with negatively charged wide surfaces and positively charged edges, providing a surprisingly high surface area and powerful drawing effect. As most toxins are positively charged, clay naturally rids the body of toxins as it pulls and holds the toxins into its core.”

There are no studies to show the effectiveness of clay, but it can relieve itchy skin, stings and bites, rashes (including diaper rash), cuts, burns – and it can be used for acne, as well.

To use, simply hydrate the clay into a pasty gel, and apply it directly on the affected skin. Or, use the pre-hydrated variety. (If using it as a facial mask, gently wash it off before it fully dries. ) To soothe painful areas, cover the gel with a wet cloth so it won’t dry.

I am a firm believer that the Redmond Clay’s bentonite clay is what eliminated my son’s poison ivy reaction. I later read some natural remedies for soothing – but not curing – poison ivy:

How have you naturally treated poison ivy reactions?