If the PBDEs in flame retardants weren’t so nasty, the exposure wouldn’t be a big issue. But they build up in humans as a body burden and disrupt hormones. 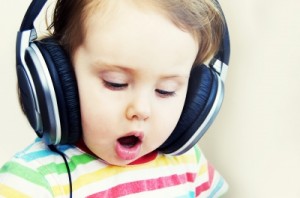 Unfortunately, residents of the United States have greater exposure. In fact, due to lenient standards in the U.S., Americans have more PBDEs in their bloodstream than Europeans – American mothers have ten to one hundred times higher concentrations in their breast milk than European or Japanese mothers. 1

Risks to women
For mothers, this increased level transfers to breastfed babies through breastmilk and can create pregnancy problems. Studies have linked human infertility to the level of flame retardants in women’s blood: women who are exposed to more PBDEs and thus have higher levels of PBDEs are half as likely to get pregnant as women with lower levels.2 Once a woman gets pregnant, high levels of flame retardants alter thyroid levels – and thyroid levels are vital for proper fetal brain development.3

What about children?
For babies and children, PBDEs are particularly dangerous. They harm brain development, disrupt hormones, are linked to cancer, and cause hyperactivity, memory deficits, learning disabilities, and a delay in motor functioning.4

Studies prove that toddlers have three times as much PBDEs in their blood when compared to their mother’s PBDE levels.5 Researchers believe the great discrepancy comes from a toddler’s practice of putting everything in his or her mouth. Since PBDEs stick to other objects, toys could be covered in them – or even a toddler’s hands could be covered in PBDEs. Infants are exposed to flame retardants by breastfeeding. When you combine the exposure from riding in a car seat, breastfeeding, and having an oral fixation with someone who has a smaller body size – like an infant or toddler – a higher percentage of PBDEs will accumulate. Since the brains of infants and toddlers develop so quickly at these early stages of life, PBDEs have the potential to profoundly affect a child.

To reduce exposure, it’s important to wash hands before eating. Also, dust often since chemicals gather in dust. Avoid buying flame retardant clothing – most children’s pajamas include tags that specify if they’re flame retardant or not. Use a HEPA filter when vacuuming to properly remove dust, avoid buying new electronics from manufacturers that still use PBDEs, and replace items containing foam that’s breaking down. 6