Every year, it’s the same routine. After a year of healthy eating attempts, the holidays hit. For six weeks I’m tempted by rich goodies at Thanksgiving dinner, holiday gatherings, Christmas parties, New Year’s extravaganzas – and in my family’s case, two birthdays and an anniversary. All of those celebrations end up being filled with culinary splurges I’d never typically eat.

Forget about any balance of naughty and nice – it’s too easy to be swayed to make naughty food choices at every single gathering. (Honestly … who wants to nibble at the fresh but limp vegetable tray when there are delectable Christmas cookies and candies?) 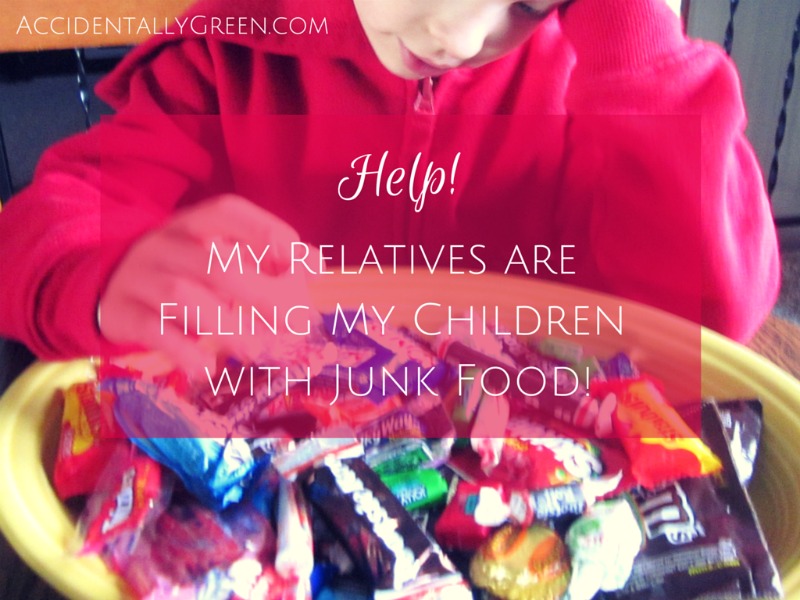 It seemed bad enough when my husband and I were the only ones dealing with the consequences of the celebrations. And then we had children. Sure, lack of sleep – and exhaustion – became major issues. But once our kiddos were old enough to eat solid food, they were also old enough to nibble on “goodies” that really were “baddies.” Get me started on the topic of sugar and I could end up sounding a lot like the Grinch – “Oh the sugar! Oh the sugar! Oh the sugar, sugar, sugar!”

The thing is this: My son FREAKS OUT when he eats sugar. It doesn’t have to be a lot. Because we try to eat fairly healthy most days, any amount of sugar turns him into a spaz, including the natural sugar found in grapes. It’s not his fault – his body is simply reacting. The reactions just happen to be very visible. The same thing happens with food coloring – both artificial and natural: spaz, spaz, spaz.

As his mom, I hate to watch his supercharged sugar transformation. Yet I know it’s coming at the holidays – and, truthfully, at any family gathering.

What parents are dealing with

I KNOW I’m not the only mom dealing with this issue, because it’s the second most popular question asked through Accidentally Green. And I’ve watched the same conversation play out dozens of times on Facebook. Here are actual situations from actual moms (other than myself): 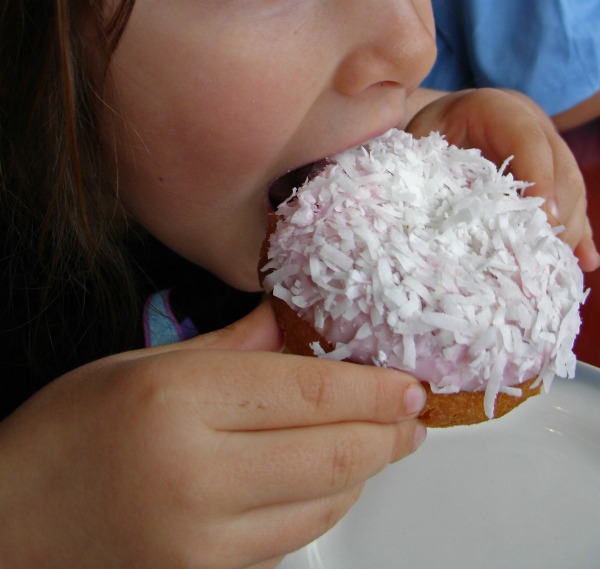 My husband and I try very hard to put family before food and overlook what’s offered to our family – and especially our children. But regular splurges don’t make us happy. (No, our school age children do not need a jelly bean reward every time they use the bathroom. They’ve been potty-trained for years.) And the unhealthy “treats” don’t respect our family’s healthy attempts.

I don’t want to be hypocritical, though. When offered soda pop at a get-together, we usually drink it — because we so rarely get it and it truly is a splurge. And we do eat desserts at parties — but it would be nice to have healthy options at meals away instead of only processed foods and junk.

My dentist was venting his frustration about a similar situation in his family. He pointed out that it angers him how family members (and society, in general) try to undermine parents’ decisions by pitting children against their parents. “Would you like some ice cream?” “You can watch this television show … it’s OK with me.” “I know it’s bedtime, but you can stay up later and have an extra piece of cake.” “It’s OK … what happens at Grandma’s stays at Grandma’s.” “We have different rules at Grandpa’s house.”

Every parent I know would love to be a fun parent – but fun doesn’t always equal what’s most beneficial. That’s part of parenting. So when responsible parents choose to skip processed food or sweets or excessive toys and other family members and friends cater to those pleasures, parents are automatically made out to be the bad guys. All the while, parents are just doing what parents ideally should do – enforce healthy boundaries that benefit their children.

I end up dreading the holiday party circuit each year, because I know most neighbors and friends will load our children down with candy as gifts. Tasty fruit punches will trump our typical plain old water at dinner parties. We’ll give in to just a little treat at every party over a jam-packed 10 days, and everyone will end up sick the first week of January. And once we start feeling better and detox from the junk food barrage, I’ll breathe a huge sigh of relief when it’s over. 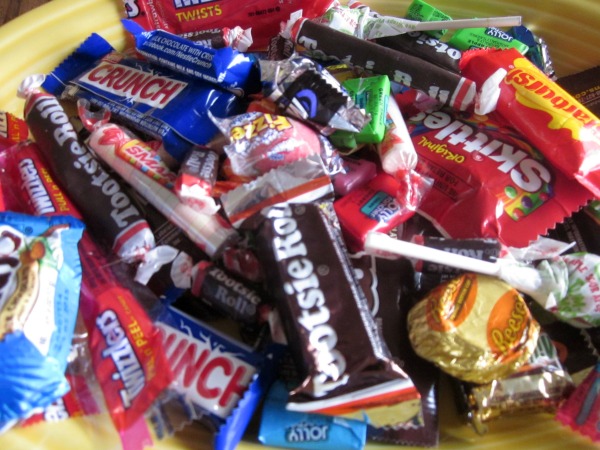 Unfortunately, there’s no simple solution – because every family dynamic is different. Splurging just a little is OK – it is part of the season. But it can go overboard. And excess can become a huge issue for some families.

Approaches that work for one family may completely backfire for another family. But some families have found solutions.

First, keep a reasonable approach. Don’t expect to be able to stick to a strict healthy meal plan without a struggle. On Accidentally Green’s Facebook page, some readers pointed out that they let their children splurge – because their children know what “sometimes food” means. “It’s part of what makes the holidays special – special food and treats that they only have a few times a year.” Remember to use a lot of moderation in your food choices.

For parents with older children, it’s good to have the conversations about “sometimes food” – and to also talk about the realities of junk food and healthy food. Kids know when unhealthy food makes them feel crummy.

Yet other parents bristle more at the idea – possibly because their children are exposed to sweet after sweet at Halloween, Thanksgiving, Christmas, Valentine’s Day and Easter. Sweets – and guilty pleasures – have somehow become the cultural norm in all of these holidays. If you surrender at each holiday with a spirit of celebration, that’s six months of unhealthy splurging. 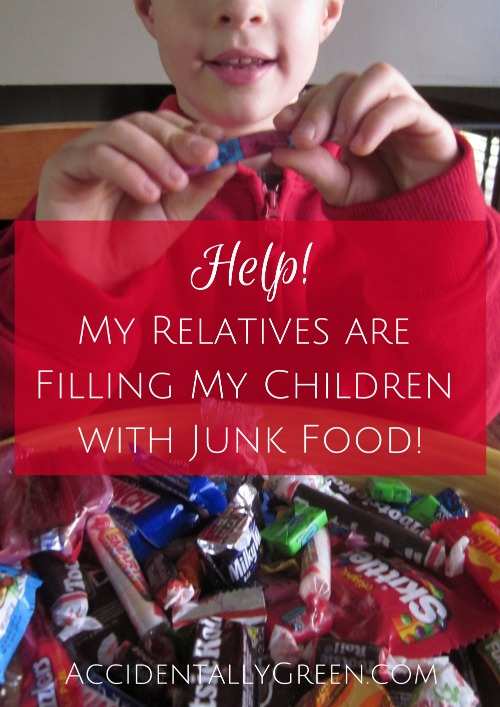 To cut back on the barrage of unhealthy eating, some families bring healthy snacks so their children can have an alternative and not binge on junk all throughout the party. If you’re bringing a side dish to the party, bring something healthy (and ultra-appealing!) that your children love.

If you’re only going to a party (and not spending the night at someone else’s home), try to load up on healthy foods ahead of time so you’re not hungry when you get to the party.

Some parents with older children train their children to ask parents first before giving into treats. Through many conversations with extended family members, some parents have established a policy that adults offering the treats should ask the child’s parents first.

And when it gets very bad, some parents get blunt. After many attempts, one mother told her family that they don’t have to understand or agree – her decision is final because she’s the mother. And as the mother, it’s her duty to protect her family’s health.

Holidays can be a jumble of love, joy, and stress. Try to keep everything in perspective – including food choices – and lavish some grace on your loved ones. Don’t give up your healthy eating options, but also try to go with the flow and choose relationships with family and friends over beliefs about food.

And if you know family members are trying to make healthy eating choices, make things easy for them — try to cooperate and be helpful. That could end up as one of the best gifts of the holiday season.

Because I know parents deal with this issue every single day — and not just at family get-togethers, I’ve written a follow-up post, Help! My Children Are Bombarded with Junk Food!

How do YOU help your children keep their healthy eating habits during the holidays? How do you deal with family disagreements over healthy living?